Mindfulness is very much the “in” thing now. But what is mindfulness? And how can it benefit an entrepreneur or executive?

There is nothing mystical or magical about mindfulness. In many ways it is just like going to the gym, except instead of your body, you are strengthening your mind.

At the end of the day your mind is muscle that controls how you perceive the world. The stronger it is, the less it becomes overwhelmed or distracted. The more out of shape it is, the more you are at the mercy of your emotions. 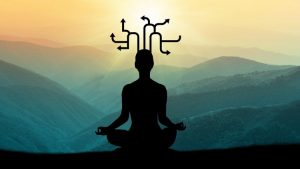 How many times have you been in a situation only to realize later that you completely misinterpreted what was really happening? Maybe you over reacted. Maybe you didn’t hear what was being said. Whatever the reason, you were not present. Your mind was either clouded or it was elsewhere.

At work, we are rarely present. We are either experiencing stress, thinking about a prior meeting, thinking about what needs to get done or reacting to some other external pressure. Our minds become like leaves caught in a strong breeze. We begin to view the situation from the perspective of the breeze, which in turn impacts the quality of our decision making.

For an executive keeping a clear head becomes critical, especially during times of change, disruption, growth or crisis. Having a sharp mind that is able to see things as they are creates a sense of confidence that they are making the right decision. It prevents organizations from getting bogged down by fear driven politics, negative energy and anger. 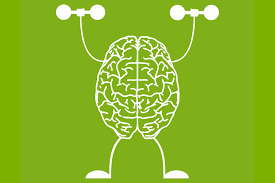 However, just like going to the gym, mindfulness is a commitment. Whether it’s sitting Zazen, chanting mantras, or practicing vipassana, the point is to find a practice that works for you and then to practice it regularly. Only by regularly practicing a mindfulness practice can you experience the benefits of mindfulness. Just like you wouldn’t expect to run a marathon without months of training, you shouldn’t expect not to be overwhelmed at the next meeting without practice.

Are we doomed to living lives of quiet desperation, working jobs we either are ‘not engaged’ in, or ‘actively disengaged’ from? Or will we chose happiness and experience a myriad of health, quality of life and productivity improvements?

Another way to look this age-old question is, will we as a society flourish and reach our full potential? Or are we of doomed to economies of incremental, consumption-driven growth and societies that are continually on the brink of some Malthusian crisis?

According to Steven Kotler, we have much to look forward to. The solution, as presented in Kotler’s recent opus The Rise of Superman, lies in humanity’s ability to access that much sought after state called Flow. Drawing upon the analogy of kayaking Kotler states:

“Without question, paddling fast enough to catch a possibility wave like abundance means we’ll need the most capable versions of ourselves doing the paddling. We’ll need to be better, faster, stronger, smarter. We’ll need intrinsic motivation and incredible cooperation. Our imaginations will have to be deeply engaged; our creative selves operating at their full Picasso. In other words, if we’re interested in forcing a future of abundance, then we’re going to need flow.”

For Kotler, as with Psychologist Mihaly Csikszentmihalyi, flow is what unlocks our ability to tap into our higher selves. It takes us out of our overly analytical, ever doubting, over thinking selves and put’s us into what only can be described as a Zen like state of total connectedness.

The majority of the book focuses on the breakthroughs in the field adventure sports, which have been truly astounding. Kotler does do a phenomenal job of framing the enormity these achievements in a way that drives the possibility of break-throughs in the non-adventure sport arena.

In the making the connection between flow and increased creativity, the Rise of Superman goes from being an incredibly entertaining book to a substantial contribution to helping humanity advance itself. Because if ever there was a time where we need to evolve, now would certainly be it.

“In the flow, we are at our resourceful, imaginative, ingenious best. Better still, the changes stick. According to research done by Harvard Business School professor Teresa Amabile, not only are creative insights consistently associated with flow states, but that amplified creativity outlasts the zone. People report feeling extraordinarily creative the day after a flow state, suggesting that time spent in the zone trains the brain to consistently think outside the box.”

Flow, in short, is the ultimate creativity hack.

The Rise of Superman is, if anything else, a call to step into that uncomfortable void of the unknowing, free fall into the existential abyss, unleash a creative spark and discover our best selves, because that is what the world needs more than ever—people who are truly alive.

Are you ready to unlock your full potential?